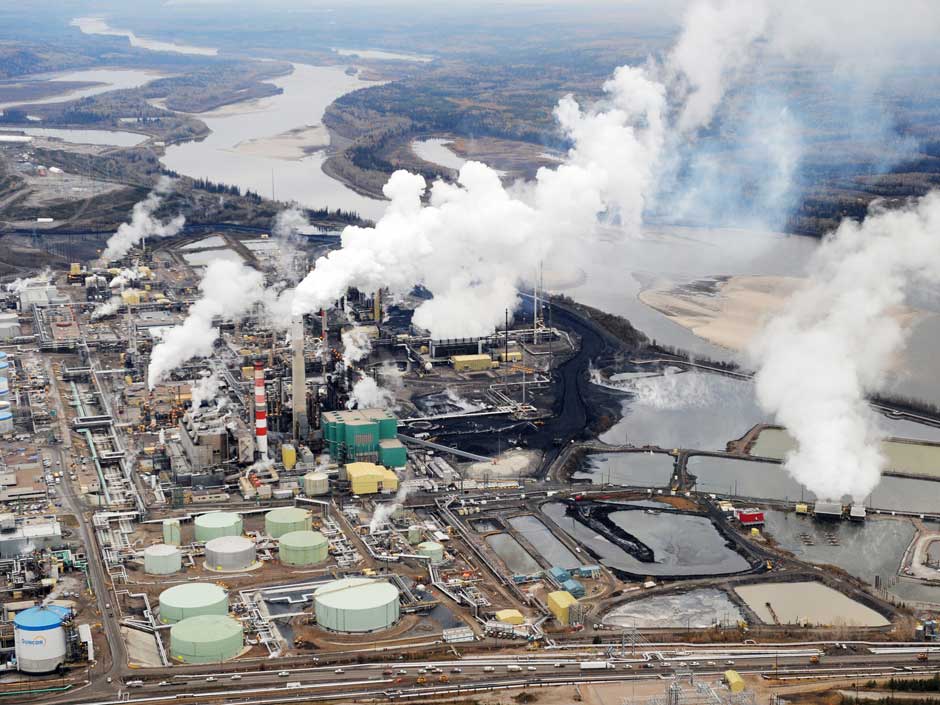 Whether they like it or not, every Canadian province will soon see some form of carbon tax trickling through its economy as the federal government pushed ahead with detailed plans for a country-wide carbon price on Monday. Environment and Climate Change Minister Catherine McKenna and Finance Minister Bill Morneau released the government’s carbon tax framework and a draft of the Greenhouse Gas Pollution Pricing Act for public comment. The legislation includes new charges on consumer fuels such as gasoline, diesel, propane and natural gas. It would also set an emissions limit for industrial facilities such as oil and gas projects, pulp and paper mills, chemicals facilities, cement plants, mines, fertilizer facilities and steel mills. Any facility that emits more than its limit will need to pay, and those that emit less could be eligible for carbon credits that could be sold to bigger polluters. - National Post

The federal government is keeping an option open to bypass provincial governments and give carbon tax revenue directly to taxpayers in provinces that don’t come up with their own carbon pricing schemes. Ottawa has promised that revenue from a federal backstop carbon price will go back to the provinces it comes from. But a draft legislative proposal released Monday indicates that the money could go either to the province or to individuals. - Edmonton Journal

The federal government has unveiled its proposed carbon pricing legislation, spelling out rates that will be applied, and details on the registration, reporting periods, rebates, payment, and penalties surrounding the incoming carbon price system. The proposed legislation is called the Greenhouse Gas Pollution Pricing Act. Minister of the Environment Catherine McKenna told CTV Power Play, “this is not a cash grab. All the revenues to back to the provinces. It’s up to them to decide how they’re going to support consumers. Many of them are giving money back in forms of rebates.” She said that the bill was formed with the consultations of the business community, environmentalists, and the provinces. - CTV News

The Alberta government will begin to show the benefit of higher oil prices in its next fiscal report, but the differential in pricing between heavy oil and benchmark crude is a nagging problem, Finance Minister Joe Ceci said Monday. Ceci said the price spike will be seen in the NDP government’s third-quarter update for the 2017-18 budget year, which will be released in February. - Calgary Herald

British Columbia’s carbon tax, hailed as a great accomplishment as the first revenue neutral carbon tax in Canada, has had an insignificant impact on industrial greenhouse gas emissions since its implementation in 2008. The tax is also no longer revenue neutral. B.C. is far from reaching its 2007 goal of at least 33% emissions reduction by 2020. The carbon tax is currently at $30 per tonne in the province, and will be raised at $35 per tonne on April 1. The new NDP government officially abandoned revenue neutrality in its 2017 budget. - The Toronto Sun

The Department of Interior's major agenda item in 2017 was fulfilling President Donald Trump's executive orders to expand oil and gas drilling in the U.S. in order to promote American energy independence. The department announced a proposal to offer leases for drilling off 90 percent of America's coastline and plans to offer almost 77 million acres for offshore drilling in the Gulf of Mexico, which officials say would be the largest sale of leases ever in that area. Secretary Ryan Zinke also ordered that the agency expedite issuing permits for oil and gas drilling on federal land. The department also held what it says is the second largest sale of leases for offshore wind energy, releasing more than 200,000 acres for development off the coasts of North Carolina and New York. - ABC News

Federal Energy Minister Josh Frydenberg said the Victorian Labour government's clean energy target could result in the earlier closure of the Yallourn coal-fired power station as its owners ask for an extension of the mining lease until 2050. The Andrews government, which is heading to a state election later this year, is under pressure to knock back an extension of EnergyAustralia's mine licence which feeds its Yallourn power station amid fears it could jeopardize the state's own clean energy target. With the National Electricity Market still dealing with the fall-out from the closure of the Hazelwood power station in Victoria last year, EnergyAustralia executive Mark Collette confirmed the company has applied for an extension of the extraction license at Yallourn until 2050. It was due to expire in April 2026. - Australian Financial Review