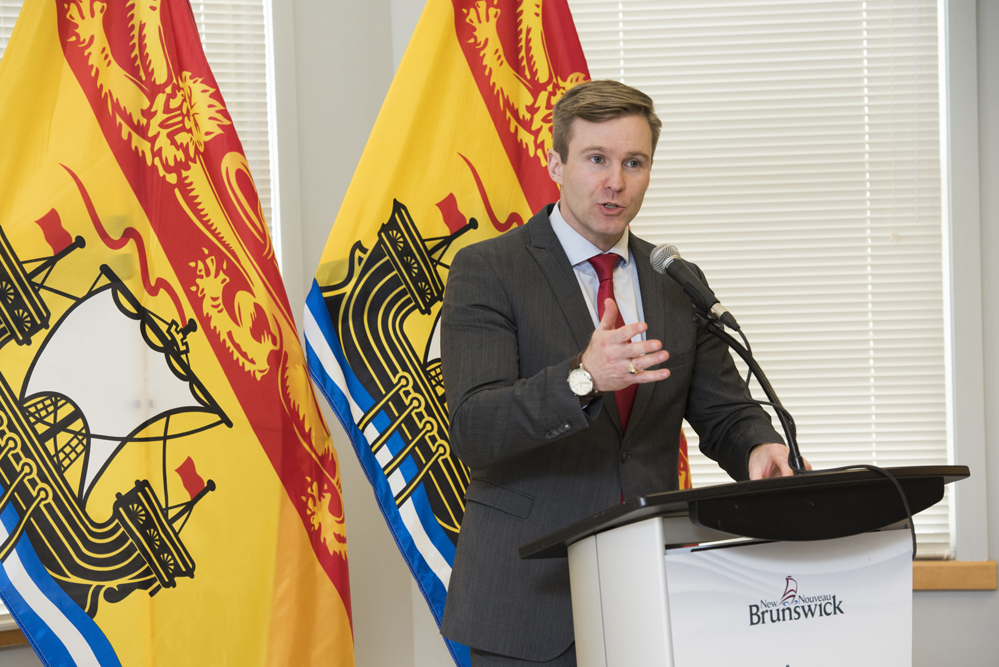 Premier Brian Gallant says it’s “realistic” to conclude that Energy East is dead. Gallant told the Telegraph-Journal in an interview that he has spoken to TransCanada CEO Russ Girling a second time since initially learning that the Calgary-based company was suspending for 30 days its Energy East application to reconsider whether it should go ahead with the pipeline project. “Not much changed from the previous conversation that we had,” Gallant said. “With that said, given what some of the experts and some of the analysis that has been given over the past few days and weeks and given from what we’re hearing it certainly does seem like the application would not move forward.” Gallant later said: “There’s no doubt that at this point, it looks like the project will not be proceeding,” adding he would be “pleasantly surprised” if he was wrong. The comments from Gallant come a week before TransCanada’s temporary suspension of the project’s application to the National Energy Board comes to an end. The Calgary-based company is expected to announce by Oct. 8 if it will continue on with the Energy East approval process or abandon the project altogether. - Telegraph Journal

A Canadian judicial review that could overturn the federal approval of Kinder Morgan Canada Ltd's Trans Mountain pipeline expansion will begin Monday in Vancouver. More than a dozen parties, including the company, government departments, environmental and aboriginal groups, will present their cases over two weeks before Canada's Federal Court of Appeal. A decision against the $7.4-billion expansion would send it back for assessment, a move that would cause lengthy delays. It is rare for Canada's judiciary to review pipeline approvals. The last such review, heard in 2015, led to the rejection of Enbridge Inc's Northern Gateway pipeline by the federal government. While the court has no firm deadline for rendering a judgment, it announced its decision against Northern Gateway in June 2016, about eight months after hearings ended. The Trans Mountain expansion would nearly triple the capacity of the existing pipeline from Canada's oil heartland of Alberta to the west coast of British Columbia. The two provinces joined the lawsuit this year on opposing sides. - Globe & Mail

Four engineering groups competing to become the prime contractor for a liquefied natural gas project in British Columbia have agreed to make bids that will see them accept the risk of construction cost overruns. Under the LNG Canada consortium's request for proposals, the four engineering groups have been asked to submit rival bids for what the industry calls a lump-sum contract, where the contractor agrees to a fixed price for materials and labour. In that scenario, the project's co-owners led by Royal Dutch Shell PLC will be left with little or no risk of incurring extra expenses beyond what has been agreed to in the contract. LNG Canada chief executive officer Andy Calitz told employees in an internal newsletter earlier this year about the plans to seek a lump-sum contract and an industry source familiar with the bidding process confirmed that if construction expenses go over budget, the financial responsibility for overruns shifts to the winning bidder. - Globe & Mail

The Quebec government has just published its proposed regulations on oil drilling. This 270-page document establishes the “strictest regulatory framework in North America,” according to Energy and Natural Resources Minister Pierre Arcand. These regulations, after consultation, will govern licences and operations for hydrocarbon exploration, production, storage and transport. We can only applaud this desire for environmental standards that are robust, that are among the most advanced in the world, to govern the development of the oil and gas industry in Quebec. Unfortunately, there is already an outcry among environmental groups and even from the Quebec Federation of Municipalities (FQM), whose president is criticizing “the total absence of social licence” for all oil and natural gas projects. If social licence meant unanimity, nothing would ever get done again. There are several reasons why it is a sign of great immaturity to want to simply prevent the potential emergence of an oil and gas industry in Quebec. First of all, Quebecers consume over 200 million barrels of oil every year. Importing this oil from countries that often don’t have environmental standards as high as Quebec’s, let alone Quebec’s human-rights standards, is not very “green,” nor is it very “progressive.” - Financial Post

The U.S. Department of Energy on Friday proposed a rule that would change the way regional power markets price electricity, potentially bolstering ailing coal and nuclear plants. The rule would require the organizations to factor in certain characteristics of coal-fired and nuclear power generation when they set prices for electricity. The sources, known as baseload, provide steady, uninterrupted power, but have lost market share to natural gas and renewable energy in recent years. The rise of these energy sources, especially solar and wind power, has raised concerns in some circles about the reliability of U.S. power generation. Energy harvested by wind turbines and solar panels provides intermittent power, meaning it is only available when the wind blows and the sun shines. - CNBC

The maddest and most profoundly embarrassing aspect of Australia's energy crisis is that it is entirely of our own making. It is the result of the refusal by environmentalists and state governments — and some farmer groups — to accept the science of climate change but not the science of extracting gas from underground, including through the process of fracking. While the United States has revived its economy and much of its manufacturing through a cheap gas revolution, multiple Australian state and territories have created an artificial gas shortage by imposing bans on its extraction. That's depriving the central and east coast energy market of a fuel to bridge the transition to clean energy and driven domestic gas prices through the roof. - Australian Financial Review