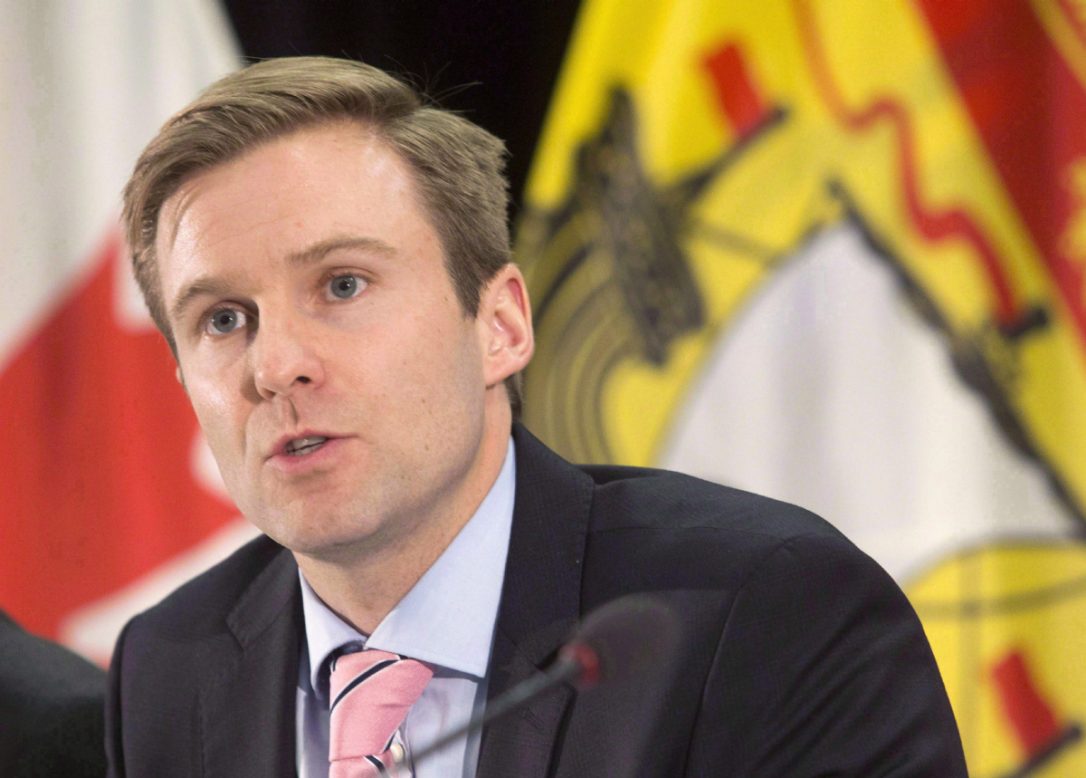 The National Energy Board says it isn't going to clarify its environmental test of Energy East any further ahead of its assessment of the project, despite New Brunswick Premier Brian Gallant's hope for clarity of the new emissions rules. TransCanada recently announced it was suspending its application to the country’s energy regulator to build its proposed $15.7-billion Energy East pipeline, while warning that changes to the regulatory review process could kill the project. In the immediate aftermath, Gallant said the energy board's new environmental hurdles were "not clear" and put TransCanada in a tough spot in understanding its new obligations. But the regulator has told the Telegraph-Journal that it won’t clarify things further. “The National Energy Board has not released any further clarification regarding the process it would use within the hearing to consider the measurement of upstream and downstream greenhouse gas emissions,” National Energy Board spokeswoman Sarah Kiley told the Telegraph-Journal in an email. “It would be up to those hearing participants who file evidence on this topic to determine the methodology and/or modeling they might propose, or the evidence on which they might rely in support of their arguments. The hearing panel would then review and weigh the evidence and include their findings in their recommendation report.” That means that just how much emissions will impact the National Energy Board’s decision to recommend the project go ahead or not will depend on the arguments of interveners in the process. But that won’t happen if the process doesn’t go ahead. The premier’s office has not responded to requests for comment. - Telegraph Journal

The federal government must overhaul the National Energy Board: Editorial

The NEB has altered its mandate to regulate pipelines and energy development. It is failing to factor in economic and social considerations that represent the interests and concerns of all Canadians. The board’s latest decision to throw a potentially fatal roadblock in the path of TransCanada’s $15.7-billion, 4,500 km Energy East pipeline is a gross over-reach of its mandate. It is ignoring the economic concerns of eastern Canada where provincial governments, businesses and residents are in favour of the pipeline. The federal government should step in to get the review process back on track and clarify the role and mandate of the NEB. Oil is necessary to our survival and way of life — today and well into the foreseeable future — even as the world transitions to cleaner fuels. Protecting the environment should not mean the death knell for any new pipelines. The NEB is withdrawing into a dream world of electric cars and solar and wind power. - The Guardian

Carbon tax gouged Ontarians out of $1.5B so far in 2017: Lorrie Goldstein

Did you know Ontario Premier Kathleen Wynne’s government has taken $1.5 billion extra out of our pockets since the start of this year? This $1.5 billion extra — $1,501,908,017 to be precise — comes from Ontario’s new cap and trade carbon pricing scheme. It’s money Ontario businesses have paid the Wynne government to date in 2017 for carbon allowances in three government-run auctions held March 22, June 6 and Sept. 6. These allowances, with a fluctuating market price per allowance of $18.03 to $18.72 per tonne of emissions, permit businesses to emit greenhouse gases linked to climate change. Since they pass along their increased costs to us, Wynne’s government has essentially charged us a $1.5 billion carbon tax so far this year. It’s hidden in increasing retail prices for most goods and services, since most consume fossil fuel energy. But since retail prices rise for many reasons, it’s impossible to know how much cap and trade is costing each of us, personally. The government’s take from cap and trade this year will be about $2 billion — its initial estimate — after Ontario holds its fourth and final auction of carbon allowances for 2017 in December. - Toronto Sun

Sixty-two of the world’s 100 largest companies consistently cut their emissions on an annual basis between 2010 and 2015, with an overall 12 percent decline during that period, according to a report from Bloomberg New Energy Finance released ahead of its conference in London on Monday. The findings suggest the most polluting industries had started fighting climate change before President Donald Trump took office and signaled he’d back out of U.S. participation in the Paris Accord on limiting fossil fuel emissions. Now, as European officials say the White House may water down its commitment to Paris instead of scrapping the deal, the BNEF report suggests industry is scaling back the emissions. “It doesn’t matter if Trump stays in Paris. It’s irrelevant as the states and big corporations are moving forward with clean energy,” Peter Terium, chief executive officer of the German power generator Innogy SE, said on the sidelines of the BNEF conference on Monday. “They’re not waiting.” - Bloomberg

Chief Scientist Alan Finkel says he is still confident the Turnbull government will introduce a version of the Clean Energy Target, but warns delays could make the problem worse by leaving room for bad decisions by governments and investors. Dr. Finkel also warned politicians pushing new coal fired power stations — such as former prime minister Tony Abbott and Nationals leader Barnaby Joyce — they face huge project and policy risk because no one knows what demand, supply or policy will be eight years hence when they are ready to commission a new plant. He told an energy forum that the Clean Energy Target — part of a three-part recommendation focused on "orderly transition" — was only one of 50 recommendations made by his review of energy and it hadn't been rejected by the government. - Australian Financial Review

China is pledging to accelerate its efforts to reduce greenhouse gas emissions as part of the Paris climate accord as the Trump administration sows confusion over its pledge to withdraw from the agreement. After a weekend meeting in Montreal of 34 environment ministers and climate ambassadors, China's special representative on climate change, Xie Zhenhua, said his government sees climate policies as both an environmental necessity and an economic opportunity. "Climate actions are not a burden to us, but the internal impetus for the sustainable development of our country," Mr. Xie said in an interview. "We do not take climate action because it is required by others. … We want to do so." - Globe and Mail