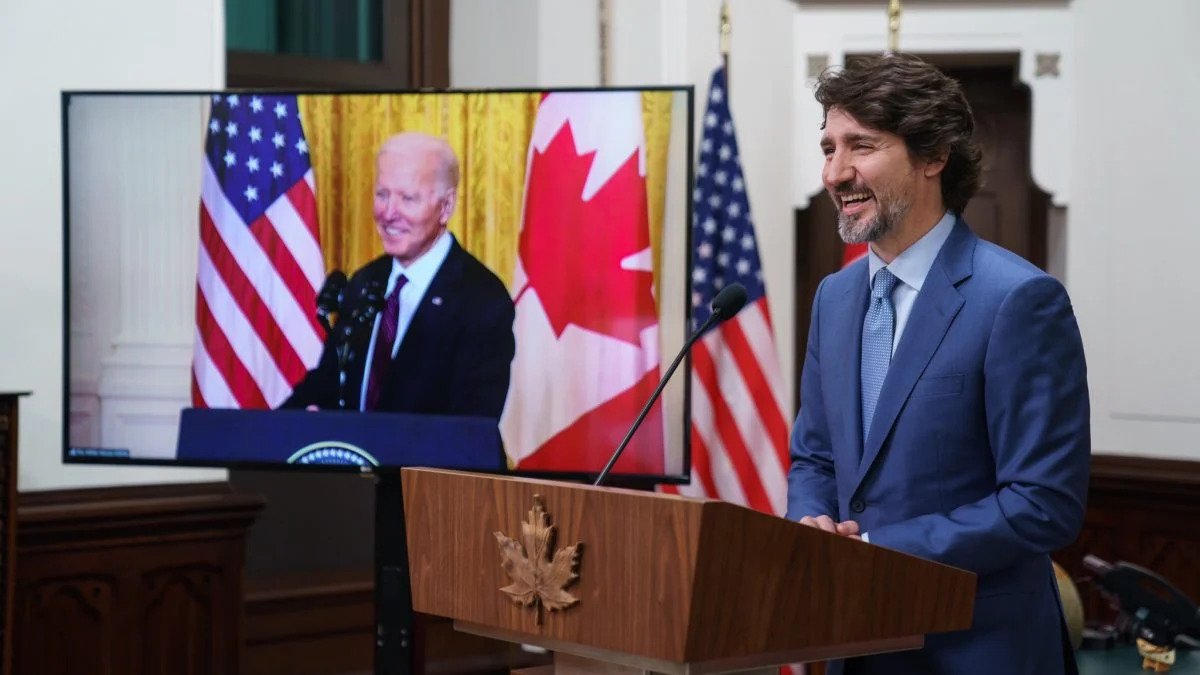 Government and industry virtue-signalers continue to trip over one another trying to support, defend, and justify Trudeau’s “net zero by 2050” climate policy  “conversation.”

And what a conversation it is! It celebrates a radical green agenda to destroy the prosperity of modern society. How? By taking away the foundations of that society, perhaps the most significant of which is affordable energy.

There is overwhelming evidence that any negative effects we humans have on the physical environment are being dramatically reduced.  Further, more and more of our fellow human beings are being released from poverty and disease. And still, our public leaders in industry and government continue to bark that the world is falling apart, that we have an existential crisis, that we have 10 years left, and that we need to dramatically change things.

Prime Minister Trudeau says these things. So does Canadian Opposition Leader Erin O’Toole; so does US President Joe Biden. So do numerous bank presidents, and insurance company presidents, and big tech CEOs, and other wealthy people in positions of power, not to mention Hollywood celebrities and other “beautiful people” of the world.

How to change this apocalyptic course? They say that ALL OF US as citizens of the planet need to dramatically change how we live. Sorry, everyone except those recommending the change. Because remember, none of the beautiful people are actually prepared to change their lives (think John Kerry flying in his private jet to tell others to reduce emissions). Still, there is an expectation that the rest of us will change how we live. Because we are bad people.

And how do they want everyday citizens to change?

They want us to pay more for energy (think of a $170/tonne carbon tax, think of a second carbon tax called the Clean Fuel Standard (CFS), think of bans on hydrocarbons). Presumably, this will encourage us to consume less of everything. The poorest among us – those who can’t afford all of the carbon taxes – will suffer the most. Once again, the poor get poorer.

They want us to pay more for crazy ideas (think billions for electric cars and electric busses – like the ones in Edmonton that apparently needed diesel generators to keep warm).

And what will all this accomplish?

A commitment to net zero offers an illusory appeal: some kind of environmental paradise.  There is a lot of marketing propaganda going into endorsing it, and there are a lot of taxpayer dollars to underwrite how government will continue this propaganda. And, of course, there is a lot of crazy apocalyptic rhetoric intended to motivate it.

But, at the end of the day, there will not be environmental paradise. It would be environmental, and economic, disaster. It would mean higher prices for everything, more taxes, more government control, and less opportunity.

Now ask yourself, if the world is getting better, if the environment is getting better, why should any Canadian endorse a speculative plan that will hurt everyday Canadians but make established interests better off?  Endorsing the plan sounds like a net loss for everyone except for its wealthy backers.