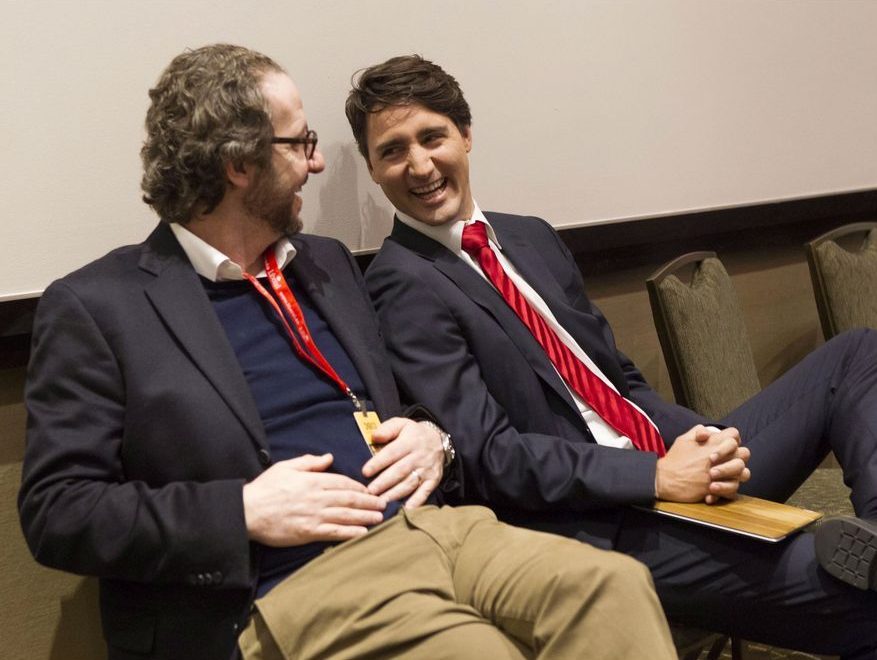 While denying he or his staff put any pressure on former attorney general Jody Wilson-Raybould to drop corruption and fraud charges against SNC-Lavalin, Butts nonetheless acknowledged that the story had coalesced around him being central to the imbroglio. “The fact is that this accusation exists … my reputation is my responsibility and that is for me to defend. It is in the best interests of the office and its important work for me to step away.”

Funny thing: While Butts readily accepted responsibility for his role in the SNC-Lavalin affair, and sought to remedy the situation by resigning, he has appeared determined to dodge any personal responsibility for past screw-ups that have left Canadians with far bigger and longer-lasting concerns.

Years before becoming the prime minister’s key strategist, Butts held a similar position in the office of former Ontario premier Dalton McGuinty. In this role, he launched the province on course for a vast suite of controversial environmental policies, culminating in the notorious Green Energy Act. He has bragged of these accomplishments. When he left the premier’s office to become president and CEO of the environmentalist lobby group, World Wildlife Fund (Canada), for example, his online biography claimed he was “intimately involved in all of the province’s significant environmental initiatives, from the Greenbelt and Boreal Conservation plan to the coal phase-out and toxic reduction strategy.”

These initiatives were indeed significant. The McGuinty government’s obsession with phasing out coal and promoting renewable energy via outrageous subsidies and government diktat was a provably ruinous policy. Between 2008 and 2016, residential electricity costs in Ontario grew by more than 70 per cent — double the average for the rest of the country. In some cities, large industrial users saw prices spike by 50 per cent or more. According to Ontario’s current provincial Auditor General Bonnie Lysyk, Ontario taxpayers paid $37 billion over market rates for electricity during those eight years.

The Green Energy Act also included a promise to create 50,000 green jobs. But while the dream of turning Ontario into a global wind-turbine manufacturing powerhouse quickly turned to dust, numerous other manufacturers were forced to flee the province or slash jobs due to punishing electricity costs. This comes as no surprise. Former Ontario auditor general Jim McCarter pointed out in 2011 that experience in other countries proves two to four jobs are lost for every one green job created via renewable energy policies primarily, due to the negative impact of higher electricity prices.

It’s now widely accepted that the Liberals’ epic mishandling of the energy file was a major reason for the party’s decimation in last year’s provincial election. Ratepayers finally had enough. And given these grim tidings, Butts seems to have tried deliberately distancing himself from his track record in Ontario.

In response to frequent claims he was the architect of the province’s green energy disaster, Butts tweeted in September: “For the record, again, this is untrue. The Green Energy Act was done after I left the Premier’s Office for WWF in the spring of 2008.”

In other words: It wasn’t me! (He hasn’t entirely repudiated his green convictions, however; Butts’ resignation letter from the Prime Minister’s Office contains the dire warning: “Our kids and grandkids will judge us on one issue above all others. That issue is climate change.”)

It’s true Butts left McGuinty’s office at the end of June 2008, while the Green Energy Act was introduced in early 2009. Yet anyone with a passing familiarity of the gestation period of legislation as complex as the Green Energy Act should be properly skeptical of Butts washing his hands entirely of the mess. Remember how keen he was to take credit for “all of the province’s significant environmental initiatives” — back before those initiatives became politically toxic. And keep in mind that current federal Liberal policy, which most assuredly bears Butts’ fingerprints, is once again poised to impose an energy boondoggle on an unwilling populace in the furtherance of unrealistic environmental goals.

The looming national carbon tax to be levied on Saskatchewan, Ontario, Manitoba and New Brunswick against their will (and likely Alberta after the upcoming provincial election) will similarly hike the cost of necessities for consumers and punish the business community. Call it the Green Energy Act: Part Deux, a sequel in which the role of job-killing subsidies in McGuinty-Wynne’s Ontario will now be played by a job-killing tax under Justin Trudeau.

Then again, if the Trudeau-Liberals’ carbon tax proves as unpopular with Canadian voters as the Green Energy Act was in Ontario, Butts may be getting out of town at just the right time — and with plausible deniability. Who knows? Perhaps someday he’ll be tweeting in his own defence that he was long gone from Ottawa before that terrible and destructive carbon tax ever took effect.