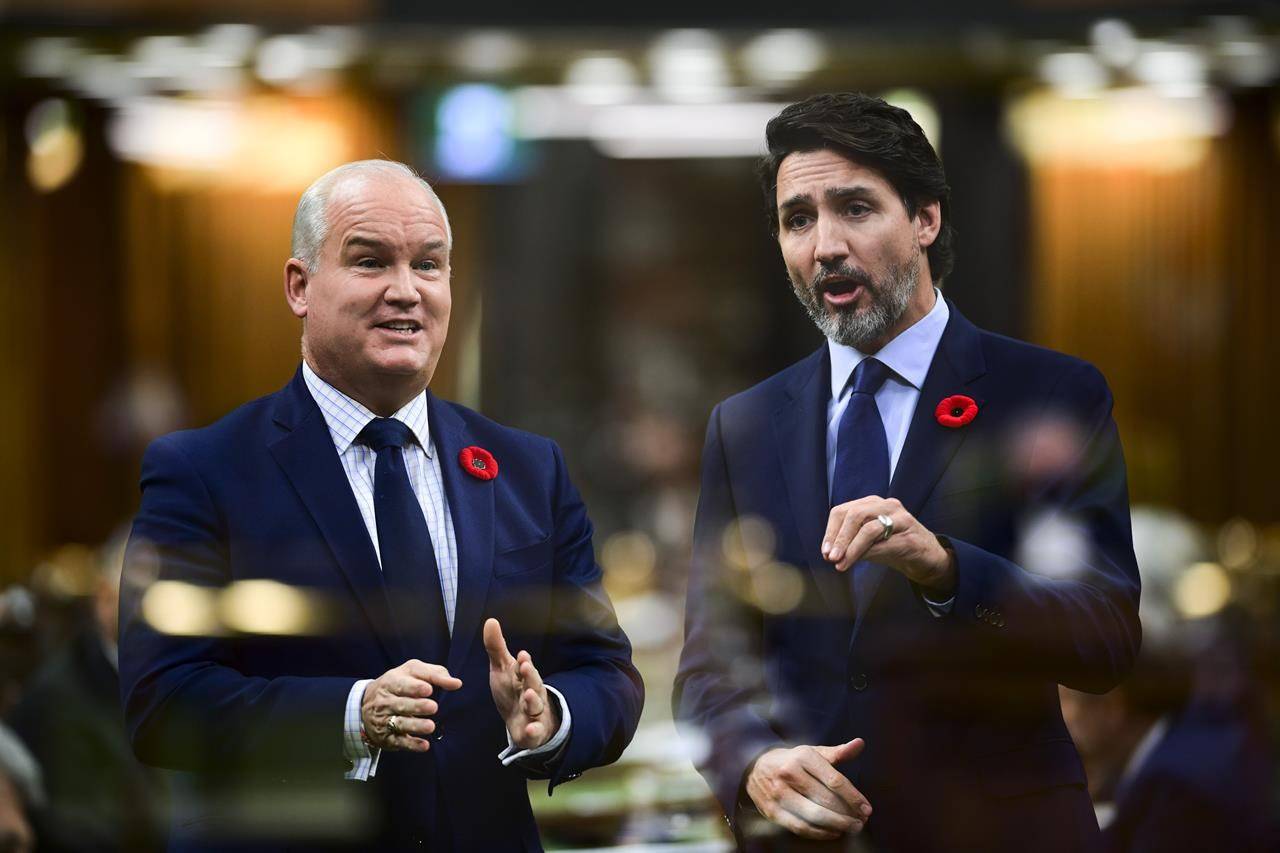 On March 18, in my blogpost “Erin O’Toole’s upcoming carbon tax betrayal, part two,” I wrote about a rumoured strategy being peddled by unnamed Tory advisors: according to these red, or green, Tory back roomers, O’Toole should abandon his promise to get rid of Trudeau’s carbon tax.

This “insider strategy”, according to an account in the Toronto Star, suggests that an O’Toole carbon tax flip-flop is is required to win over crucial “key” target ridings in Ontario and Quebec.

The line of thinking – a common one amongst CPC elites – goes something like this: Sure, some voters in the west would be upset, but the Tories have so many “wasted votes” in the West where there are no more seat to win and “big deal” if some westerners don’t like carbon taxes. Flip-flopping on the carbon tax repeal pledge would cost votes – but not seats – in Western Canada, but would greatly enhance the Tories’ chances in certain central Canadian ridings.

The Toronto Star story quoted an unnamed CPC insider as wondering why most Western-based MPs were “not willing to give up five points (in a Western riding) in order to give that to someone in Ontario for us to win there?”

In my March 18 blog, I completely refuted this “votes to burn” strategy with the help of some polling data that had been published by the polling firm Mainstreet Research last September.

It turns out that this same research company was about to survey voters on the very questions pertaining to O’Toole and the carbon tax. The latest Mainstreet Research numbers, from a poll taken March 21/22 (immediately following the CPC Convention) had results even more shocking than the results from last September.

So what do these new numbers tell us? How is the Red / Green Tory “votes to burn” strategy holding up, six months later?

Let’s start in the West. The number of votes that would indeed be “burned” in British Columbia and the Prairies, in the event of an O’Toole carbon tax flip-flop, continues to grow.

In BC, last September, a carbon tax reversal would have cost the Tories, net, 7.4% of the vote. Last month, that number rose to 10%. Even greater is the loss in Alberta, from a net loss of 8.7% last fall to a hefty 16% drop in March. In the combined Saskatchewan/Manitoba zone, the net loss to the Tories would surge from 4.4% to a whopping 15% if an election had been held last month, assuming an O’Toole carbon tax flip-flop.

Considering that most of the 20 odd seats that Andrew Scheer’s Tories gained in the 2019 election came from these very western provinces, it would not be unreasonable to suggest that an O’Toole/ CPC carbon tax flip-flop could erase most if not all of the gains that Scheer delivered last time.

What about Ontario and Quebec?

Wouldn’t O’Toole’s eastern-based advisors gladly trade a few dozen ‘right-wing’ and ‘deplorable’ Western Tory MPs for a fresh batch of eastern CPC MPs? Wouldn’t that be a ‘bonus’ feature of the “votes to burn” strategy”?

Mainstreet’s numbers, again, point to a rather different result.

But take a look at Ontario – where the clever minds said O’Toole would gain ground. Based on the research last September, an O’Toole carbon tax reversal would have cost the CPC a net 1.7% of the popular vote in Ontario last autumn, perhaps not enough to have made a difference one way or another.

But what would have been the result of such a flip-flop last month, in March?  The new numbers, now still less than three weeks old, suggest that such a bold move by O’Toole would have potentially cost an O’Toole led / flip-flopping Tory party as much as 10% of the vote in Ontario!

Of course, this should come as no surprise to observers of politics in Canada’s largest province. After all, it was only three years ago, in the 2018 Ontario election, that Ontario PC leader Doug Ford led his opposition PC party out of the political wilderness to a landslide majority win.

Early in his 2018 leadership campaign for the Ontario PC party, Ford made it clear he would be against carbon taxes. In the end so did every leadership candidate. When he won the leadership, and was in the provincial election campaign, Ford made opposition to carbon taxes a key part of  his platform.

In Ontario, and in the vote rich 905 suburban belt around Toronto, carbon taxes were, and, it seems, still are, quite unpopular. Even in the last federal election, the opposition to Trudeau’s carbon tax exceeded the popularity of Andrew Scheer’s Tories, suggesting that the Tories missed an opportunity. Will O’Toole make the same mistake?

The above numbers show the peril that exists for O’Toole should he be so foolish as to follow the reckless advice of certain of his advisors.  Far from abandoning his carbon tax repeal promise, O’Toole needs to highlight this anti-carbon tax commitment. It becomes all the more important as those carbon taxes rise – as they did again on April 1st.

Since this research was done last month, the Supreme Court of Canada ruled that Trudeau’s unpopular carbon tax imposition on the provinces was, alas, constitutional. As I discussed last week, this decision has actually set the stage for a national carbon tax election, should O’Toole be bold enough to seize the opportunity.